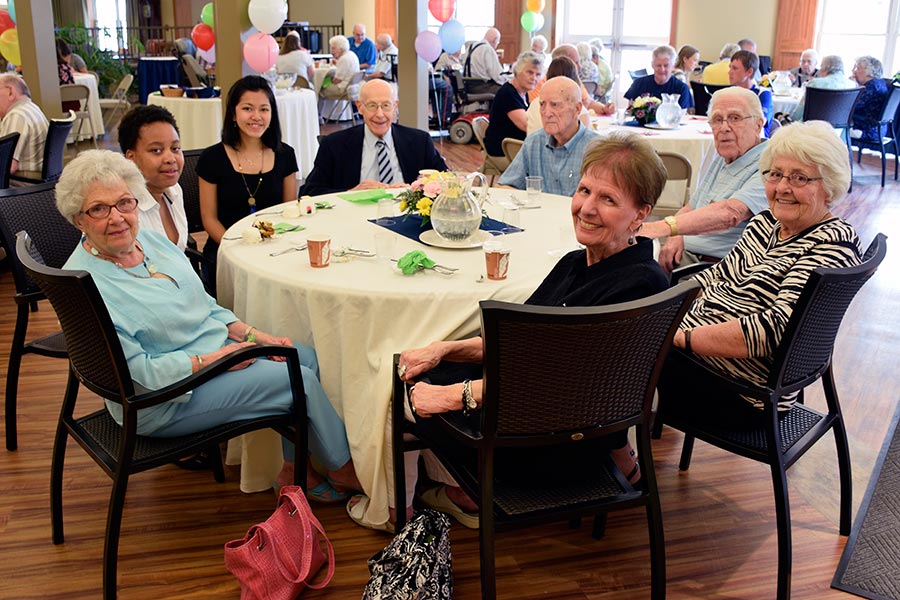 Aging in Place or Not!

When you think of someone in their 90s, what images come to mind? Do you think old, feeble, wheel chairs, and walkers? I think active, vital, wise, volunteering, contributing, making a difference, more-to-do. On his 90th birthday, Bernie Marshal invited me to review his 5 year goals. That was 10 years ago and he’s still going strong. When Elizabeth Martin was 100 years old, I asked her the secret of living a long life and she responded, “I still have more to do!”

Yesterday my wife and I were at the grocery store in Lititz and we stopped to let a couple cross in front of us on the way to their car. I’d put them at late 70s or early 80s. They reminded me of the classic “senior citizen”. They moved slowly, more like a shuffled. I don’t think they even knew we were sitting there and had stopped for them. I said to my wife, “The scary thing is they’re going to get in a car and drive.” To which she replied, “And the sad thing is they probably live all alone in some big, old house that they can’t take care of, they’re isolated and they hardly ever see anyone else.” There’s a lot of talk about aging in place, but we do well to think carefully about where that “place” is.

An unfortunate and unanticipated consequence of aging in place is isolation, and it is a growing issue. What does our society do to the worst criminals? They’re condemned to solitary confinement. Incredibly, people do that same thing to themselves — voluntarily! We don’t think about it that way and we don’t plan for it but it happens on a wide scale just the same. That’s why I think it’s important to think about the years ahead when you’re in your 50s. A CCRC may not be for everybody, but it’s an amazing lifestyle and something to consider. People are surprised when they visit Garden Spot Village and see the possibilities. Community based living has a tremendous number of advantages plus it’s a safety net that helps protect you from isolation. Isolation can do terrible things to the mind and body, and often leads to depression or an increased rate of cognitive decline. One of the reasons people do well here, living with youth and vitality, is because of the strong social environment. You can live in a house on our campus, have freedom and independence in a way you’ve never imagined and be plugged into an extensive social network.

I think the American Dream works against us: own a house on a plot of ground, never give it up under any circumstances. There was a time when that was a symbol of independence, but nowadays it promotes isolation over the long term. The world has moved on and independence is taking on new dimensions. I’m sitting in my backyard which I mowed yesterday. I hate to mow the grass by the way because there are so many other things I could be doing than sitting on a lawn mower for 2-3 hours every weekend. Until it’s all set and done, that one chore binds me to this house for an entire day. Sure it’s nice to sit here in this moment but it cost me a lot of time yesterday. I could just as easily enjoy a well-kept yard that’s taken care of by someone else, I don’t have to “own” it and pay taxes on it. With 3 girls in college, my wife and I are pretty much trapped here for now. As soon as it’s feasible, I plan to move to Garden Spot Village.

The thing that got me thinking about 90somethings is that recently there was a party and celebration for anyone 90 and over. Fifty, that’s right 50, people showed up and you’d think most of them were 70. Here’s my point: as I looked around it occurred to me that many of them were longtime residents. Some had moved-in 20 years ago when they were still youngsters and Garden Spot Village had just opened its doors. Living in an environment that has a strong social network where it’s easy to connect and establish relationships has served them well.

It’s worth thinking about. The default scenario is to end up isolated in a house you can’t take care of. If you think about it and do some planning you can become part of a strong community with a vibrant social network. You can build worthwhile relationships and do the things you want to do rather than chores you don’t really care for — maybe work on a worthwhile legacy. Then at your 90th birthday celebration, you can share your 5 year plan to others with a high degree of confidence that you’ll have the time, energy, and wherewithal to accomplish all your goals.