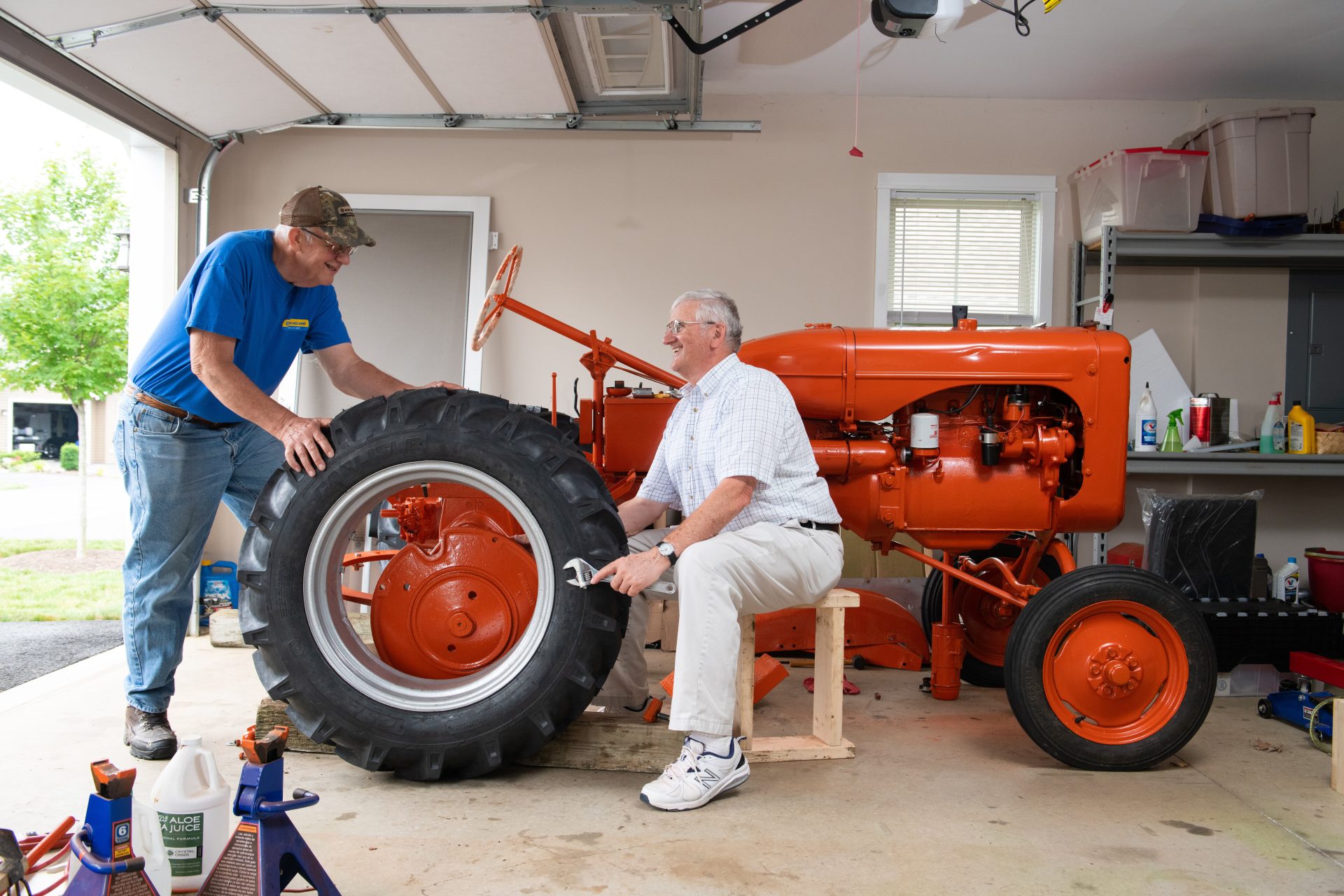 Finding Joy in Work and Community

Today was one of the two days a year when I say I “drew the lucky straw” and worked the weekend at Garden Spot Village as Manager on Duty (MOD). Talking with my wife last night I commented that I was off to Garden Spot again tomorrow, to which she replied, “That’s no big deal. You like going to work.” It’s absolutely true. I hope this isn’t a condition of your world but there was a time when I got a knot in my stomach on Sunday afternoon just thinking about Monday morning. Fortunately that was pre-Garden Spot. If you ask me now how I like my job there’s a good chance I’ll respond, “Monday’s are okay with me.”

In general there’s a lot of joy swirling around the Garden Spot campus, coming from people of all ages. Yet there are those who seem to have garnered an “extra measure.” They tend to be extremely present and attentive when you’re engaged with them in conversation. They’re inclined to listen intently, ask thoughtful questions and offer interesting perspectives. For lack of a better way to say it, they seem to have a “heart” for others. If you ask them about it, they will tell you they were not always that way. It was something they knowingly or sometimes unknowingly cultivated and fostered over time. I tend to think of their approach to life as one of modern wisdom, because its context is in such contrast to the character of today’s world.

The Top of the Pyramid

These people make you wonder not only how they became the way they are, but also if it’s possible for you to someday become what they’ve become. Maslow would say they’ve moved beyond self-actualization at the top of his pyramid and into a dimension he later added to the top of the pyramid and called transcendence. I, along with a handful of colleagues, have taken to studying the journey beyond self-actualization with the hope of creating some sort of pathway for ourselves and others. You can find a list of books on the subject in a recent blog post entitled, “A Prediction.” (link this to his blog entitled “A Prediction”).

When you read a significant number of books and listen to podcasts on a particular subject, they begin to inform your thinking. My own reading and listening have led me to wonder if it’s possible to become more attentive, to be more present, to listen more attentively, to question more keenly and respond sparingly. In other words, as one of my professors used to say, “Zip it and pay attention!” Then, if you do respond, do it in a way that is encouraging and uplifting.

As MOD, one of the things I do is “rounds,” which means I walk through the building and check in with the weekend staff. This weekend I wondered, rather than rush through rounds, stopping only briefly to check in then moving on quickly, what might it be like to stop, talk and engage for an extra moment or two? Around 5pm on Saturday there had been a brief power outage and that was a perfect topic to start a conversation this morning. Team members were more than happy to share their experiences and provide reassurance that everything had been fine. Going a step further, I made a point of stopping and spending some extra time with residents, several of whom expressed deep appreciation for me doing so. In many respects their appreciation was baffling because from my perspective all I did was visit for a bit.

In my mind I’m no one special and I never have been. I’m just another guy muddling through life. If you’d have told me 20 years ago, that simply my presence makes a big difference in the lives of others I would have disregarded it. Maybe it’s because I didn’t really appreciate the presence of others since I was so caught up in myself. For us baby boomers it has always been all about self. We were bottle-fed selfism as infants and raised on the statute, “Be your own hero.” Even Maslow originally identified the pinnacle of existence as self-actualization. You muddle by on your own, looking out for number 1. It has taken me 62 years to begin to appreciate that when you make the other person number 1 and allow yourself to slip to number 2, life takes on an entirely new dimension—the dimension beyond self-actualization.

The Unusual vs The Usual

Your presence matters. It probably matters a great deal more than you ever suspected. It matters to your spouse, your kids, your grandkids, friends, acquaintances and people in line at the grocery store. Initially the act of being present takes effort. I’m finding it gets easier. Be patient. Listen. Question thoughtfully rather than hand out your own opinions. Think in terms of the other person, sharing kind words of encouragement. It takes work but it’s worth it. Imagine transforming a usual day into an unusual day of “being present” and discover the joy it brings into your usual course of life.

I suspect that the people with an extra measure of joy I’ve been observing are reflecting the joy they awaken in others by being present.